You Can Stand Under My Umbrella

I've been continuing to use up some left over Studio Calico kit materials this week.

In June I saw Rhianna in concert with a group of great friends of mine. We had a blast. The afternoon of the concert was stormy and we actually had a giant hail storm and it rained so hard that you could barely see. But, by the time it was time to head to the concert the weather had cleared up and off we went to see her in all her glory. And boy was she awesome! 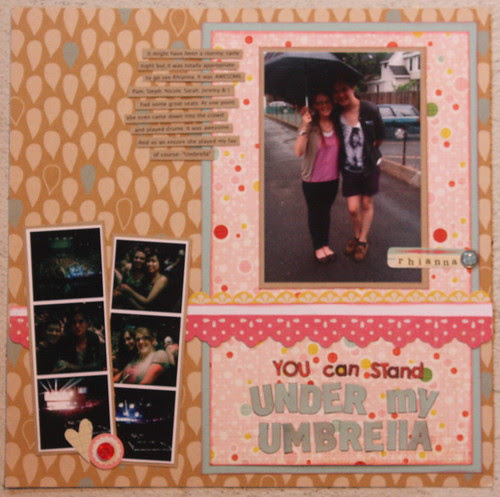 The title is inspired by my favorite song 'Umbrella'. She sang it as one of her encores and it was amazing! Umbrellas and all. The song lent itself perfectly to this pic of me and my brother-in-law pre-concert. The shots on the left are from the show.

And here's a close up: 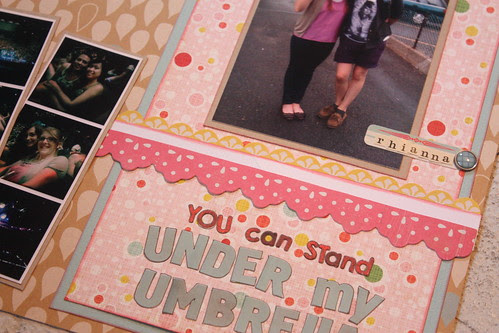 xoxo
K
Posted by Krista Wells at 7:00 AM