We Play to Win the Game

So in September we went to see the opener for the Jets vs. the Cowboys. It was our first NFL game and we had a blast. I spent the game watching the entertainment in the stands though rather than the game and eating lots of stadium snacks.

So there were these guys sitting in the nosebleeds with us who kept yelling 'we play to win the game'. It was amazing. They were so into the game-yelling for the cowboys which was dangerous because it was a Jets game in New Jersey. It was probably the most entertaining sports event I've ever been to. 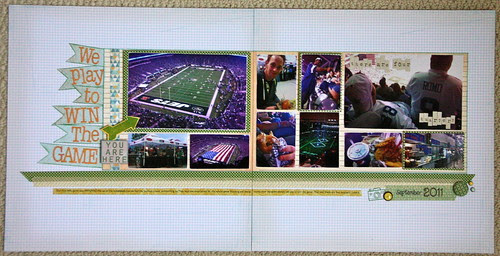 I stuck to a simple format for this layout. I was trying to kill an SC kit left over from the summer months so I used up lots of scraps and bits and pieces of embellishments for this layout. I left my journaling simple but played up my title with flag-like pieces. 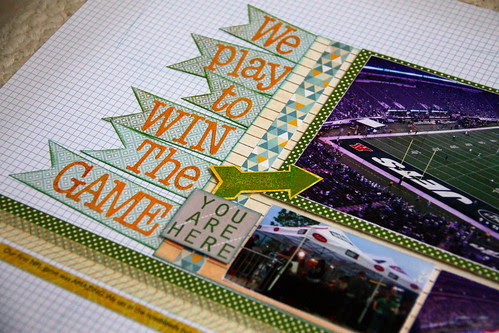 I used a little piece of AC washi tape to house my date which I stamped using an awesome Lawn Fawn 'September' stamp and a '2011' SC stamp. A few little brads and it was complete. 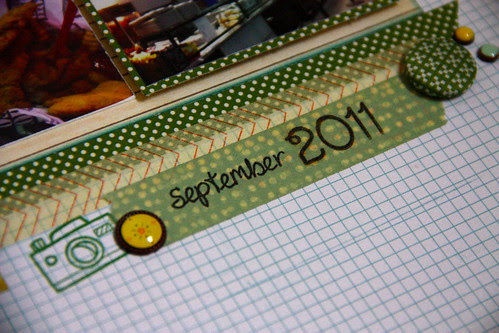 So to all you football fans who watched the games this weekend- remember 'we play to win the game'.