Project Life: A Recap & An Invitation

I hope that your events while ringing in the new year were fabulous. I know I had a wonderful time with friends and family enjoying 2012 as it was ushered in North America.

Today I’d like to talk about my Project Life 2012. It’s done. Yes, it’s finished. And I say thank goodness. Don’t get me wrong-I love the concept of Project Life but the method wasn’t working for me towards the end of this year. I kept getting behind and for me that was an issue. I also like to work on layouts and mini albums and I was finding that I wasn't able to do that as readily with PL weighing heavily on my mind.

Before I discuss the changes I’m making to my Project Life this year, I’d like to revisit a few things from 2012.

I ended up using two albums. 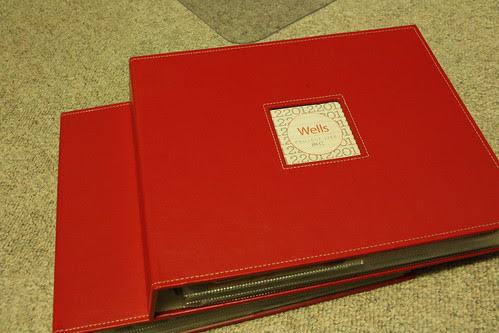 One thing I noticed is that during the summer and for the past two months all my spreads were single pages rather than the more traditional double pagers. Sometimes it was in an effort to catch up and other times it was simply because I didn’t take enough photos to warrant a double page spread. Hence I only needed two albums while I've noticed that many PL bloggers have used three. I'm also a fairly flat PL'er.

You can refer back to my first Project Life post to see the opening of the first album. Here is the opening for the second album. 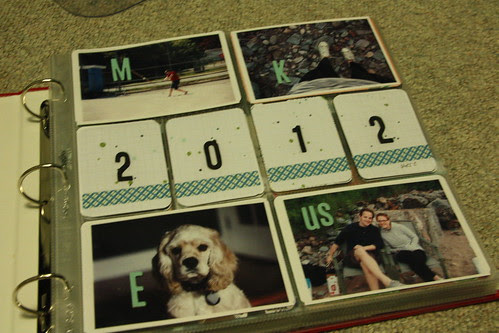 You’ll notice the presence of someone new to our family in that one. Eugene was our biggest and best decision this past year and one we wouldn’t change for the world. What a whirlwind it’s been since April when we brought him home!

I had a page protector open for some extra pictures that I filled in at the end of the first album. 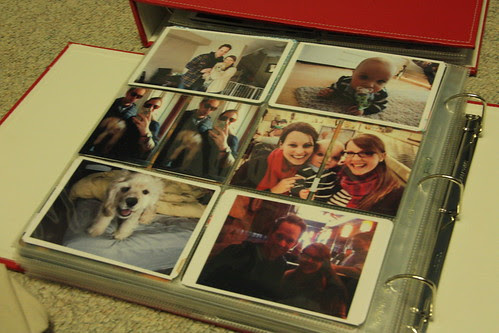 I loved looking back through this project and remember all the little, everyday things that we did that I kept track of that would have otherwise been lost. THAT is what I enjoy about the Project Life concept.

One of my favorite things was seeing our vacations represented and including big spreads like this one from our Thanksgiving in New York in November. 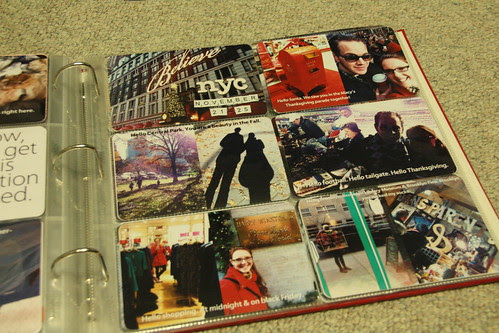 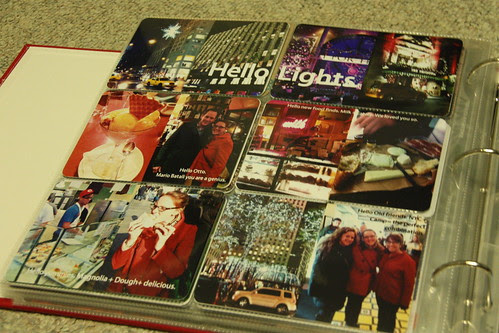 Toward the end of the year I also included my selfie with my monthly goals. That’s something that I will be repeating in my new PL for 2013. 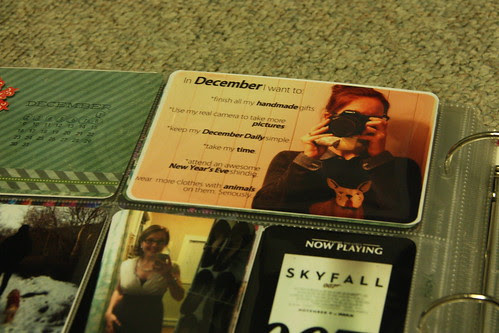 This year’s project life will be different.

I’m teaching a class at The Paperie that we’re calling ‘Keeping Track of Life’ which was inspired by a retweet that Ali Edwards had a number of weeks ago. Read the article-it’s worth the read. It stuck with me and really represented what I wanted to do for my reinvented PL for 2013.

I’m starting with an opening page-a layout. It will feature a family shot and our last name and the year of course. Unfortunately, i’m waiting on product so it’s not done yet so I’m not ready to post it but rest assured when it’s done it’ll be here on the blog.

The first double page spread will look like this sketch. The second will be the other side of the Style A page protector and a sleeve for ephemera or even another layout, etc.

The layout will focus on one event from the month that stood out-maybe a birthday, something awesome that happened, a trip, etc. during the month. The layout will also have an interactive element to it-think foldable, flip book, etc. Then on the divided page protector we’ll do a calendar card and fill in the pockets with everyday events that happened during the month. The opposite side will be the same. I’m looking forward to trying a few digital things in photoshop as well that I’m hoping to include in the class kits as well this year. There might even be a little PS tutorial for my students during one of the early classes.

Stay tuned later this month as well for a little video I’ll be sharing of a few personal things that I’m going to include in my divided page protector that I’ve discovered I’ve loved from the last year as well.

That’s my new approach for 2013. I hope you’ll join me if your local for my class. It’s going to be on Thursday evenings, once a month at The Paperie.